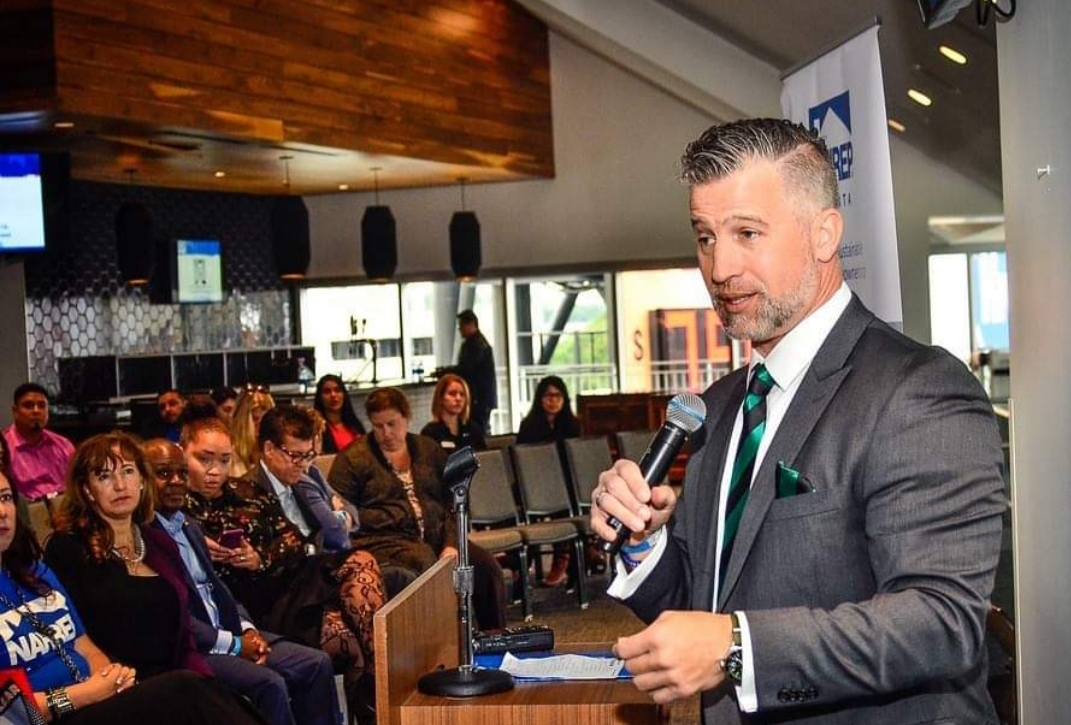 I am on a mission — to raise the financial net worth of America’s middle class. How did that become my mission? One simple word — PAIN (my own and watching the pain of financial deficits play out in the lives, marriages, businesses, and retarded retirements of people I care about). Where do I start?

So, my financial mindset was shaped by being raised in a home in a family in the country, in a small town in South Carolina. My father was a dermatologist and pretty much had that corner in the market in that small town. He and my mother moved there after just finishing his residency in Alabama and had five kids. For his generation, as a baby boomer, being a physician, being a doctor, was the height of aspiration of any of his parentsâ€™ hopes.

You would think being raised in a place like that, in a home like that, in a profession like that, that I would have learned a lot about wealth and money, and living with plenty of margin and flexibility, but that wasnâ€™t the case because my father was raised by parents who went through the Great Depression. That infected his mind and thoughts about money. All of my memories of my Dad were him sitting down once a week on Saturday with paperwork all over the kitchen table, his checkbook ledger, and his yellow legal pad. I remember every time that there was an expense that came up that he was not anticipating was a reaction of frustration and anxiety. There was always a no. There was always a scarcity response, the idea that thereâ€™s never enough, that â€œHow am I going to pay for that?â€ And so I was raised with a scarcity mindset. That money has to be guarded. That you have to guard it carefully. That thereâ€™s never any room to take a breather and relax.

Even our vacations as teenagers were to a beach house in Murrells Inlet, South Carolina, that one of his office staffâ€™s brothers let him use for a free week. I remember our parents coming in and telling us that God answered our prayers to have a vacation at a beach by giving us free access to a beach house. This is crazy! He was a dermatologist, making more money than most people in his demographic and we were thankful for a free week at the beach.

We should have owned a beach house. Or two. It was beyond my comprehension as I look back on it now.

So, I was raised in a home where there was not a budget. The money that came in had to be held on too tightly because every dollar did not have a name or an assignment. I was raised in a house where every dollar had to be protected, and for some reason, my Dad was raised with the idea that if you need something, you need to go get a loan from the bank. Debt and consumer debt were things that often came up and that he used often. Not in an excessive way. He didnâ€™t have a lot of credit card debt or consumer debt like that. But why a man like that was not making moves in the market is beyond me.

By the time I was an adult, having gone through my divorce, and on the path to become a financial strategist, I saw the devastation that my Dadâ€™s financial MISEDUCATION had brought him because he had to bury my brother way too early in life. He was murdered on the Island of St. Kitts. Of course, no one found out who did it. He also had to bury my mother because of her lost fight against cancer. Because of that, he had very little money left. He had an adviser from Edward Jones, but by the time I sat down with his books and his savings and looked at his debt, he barely had a positive net worth. I had to tell my Dad that he was going to be broke in about five to six years.

This is tragic. This should not be. He was a doctor for 40 years. He had a financial advisor with a well-known financial institution. But he was going to be broke in four or five years. The biggest fear of the Boomers is to run out of money before they die. All of these happened under my very own eyes.

This is the kind of thing that compels me. This is the kind of thing that makes me get up early in the morning and work late. This is the thing that compels me to keep training and learning and meeting people and finding collaboration partners for my clients, so that they would never know a day where they would have to say as my Dad often still does, â€œItâ€™s okay. I can eat peanut butter sandwiches for a few weeks to get by until the next Social Security check.â€ As you think about it, itâ€™s crazy, but if it werenâ€™t for Social Security – at first-  my Dad would be destitute.

So, what did I do? I created an annuity for him. Not an actual annuity. I borrowed money from him that he took out of his Edward Jones account, invested it into a business I had and agreed to pay him back. Not 10% return. Not 20% return. But 200% return, which created a monthly cash flow that was substantial and that I have been paying back and will do so for another year and a half. The goal was after itâ€™s paid back to continue paying it back just to support him, to take care of him. Thank God his father left a substantial piece of farmland that had a valuable piece of road on a major highway. I was able to navigate that real estate investment deal and to design the money he received from it to reduce the amount of taxes owed to allow him to exponentially multiply the TITHE impact for his church, working feverishly and strategically to grow his money for his future time of need without taking additional risk in investments that are certain but lucrative.

This is my financial education. Scarcity, fear, never having enough, never having any room to breathe, turning off the lights, eating everything on your plate. Waste not, want not. A penny saved is a penny earned. Money doesnâ€™t grow on trees. Save your way to wealth. And do whatever Dave Ramsey says.  The irony of this whole philosophy is that no one follows it. Dave Ramsey has a lot of great things to say. He tells people about life insurance. To buy term and invest the difference. People only listen to half of what he says. They buy term and they spend the difference. They ignore his appeal to get disability insurance.

All of these questions answered and more on my next blog.